What is a Press Release ?

As newsrooms continue to shrink, fewer reporters are available to cover the small local stories. Finding a reporter who will cover your local fundraising event or free seminar is becoming less and less likely. However, there is a way to get the media coverage you want. Write and distribute a press release.

A press release is not an advertisement. With an ad, you pay for space to promote your business and it is grouped on the page with other ads. A press release, on the other hand, requires no fee and appears in the editorial section, alongside other news.

The more different ways someone learns about your organization, the more likely they are to make note of it and potentially act on it. This added attention can drive more organic traffic to your website, generate buzz and build brand awareness.

How Can a Press Release Drive Web Traffic?

Where and How to Send the Press Release

Build out the list using a spreadsheet or database

When to Send a Press Release

For example, if you know that crunch day at your weekly newspaper is Wednesday, don’t send the release on Wednesday. Send it earlier and give the staff enough time to find the right place in their publication for your information. Additionally, if everyone is busy they are less likely to give it the attention it needs.

Monthly magazines, on the other hand, often go to press months before the distribution date. Find out how far ahead they need your material. And if your event falls at the end of the month, you still need to get the information to them for publication at the beginning of the month. Generally we send press releases to monthly publications two to three months before the planned event.

An effective but underutilized method of increasing website traffic is press release distribution. This involves writing a press release and distributing it to local media channels. Press releases are highly visible and often more trusted than an ad, because they appear in the body of the newspaper.

This site uses Akismet to reduce spam. Learn how your comment data is processed. 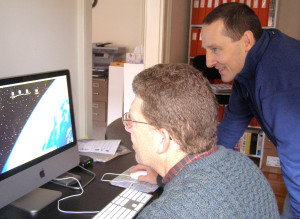